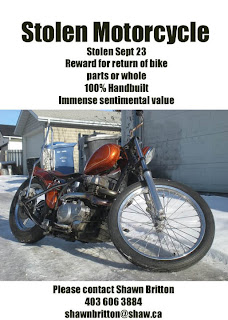 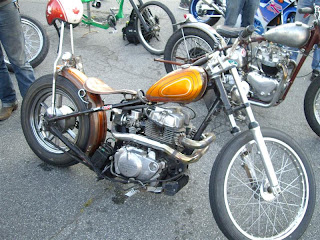 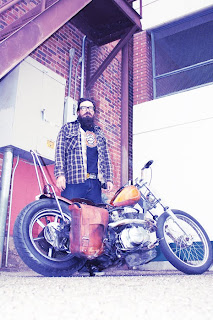 Alberta Bike
I think it leaks oil!
Posted by Motorcycho

Email ThisBlogThis!Share to TwitterShare to FacebookShare to Pinterest
Labels: string em up

christania’s “cykeludlejning” bikes are rolling across the city. The system, less than a year old, is funded by christania’s municipal government. It is currently only in one of christania’s 22 administrative districts. Although a 2nd generation system, there are 12 “Houses” in this district, each with around 40 bikes. The yearly subscription cost is the equivalent of $2 US, and allows the use of a bike for up to four hours at a time. In less than a year, there have been 6,000 subscriptions sold. There are larger 3rd generation systems in the world, which do not have a subscription to bike ratio as big as that.