He came out to see us before a show in Trinidad. His friend was there earlier and said he wasn't going to make it because of a flat tire. About 10 minutes later he rolls up on his Triumph/Panther bastard. He said he fixed the flat with a condom! We talked for a while. I gave him a set of plug leads when I saw he had bare wire wrapped around his spark plugs. He (I wish I could remember his name!) came back later for our show and brought his whole family. They had a great time and he was very appreciative of us coming down and playing. After saying goodbye he took off on his bike, only to come back a few minutes later with an armful of beer to give out to the bands. Later on we met him and his family again at the local "7/11". He had his plug out of his bike and was chipping away at the porcelain trying to get more spark. With a rock and a screw driver he chipped away, installed the plug, some family piled on the bike and they rolled down the road home!

He was a dive instructor at a local resort, and when we mentioned we were going to the beach the next day, he said he would try and meet up with us. He did, and let us take turns riding his bike. He followed our bus part way home and when we stopped for food, he bought us beers again.

He later told us, if we ever come back down, He would teach us how to dive! This guy epitomized Cuba! 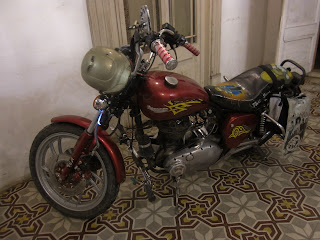 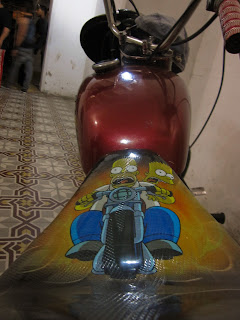 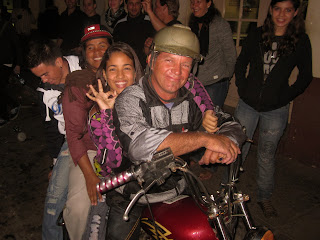 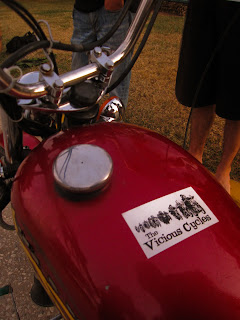 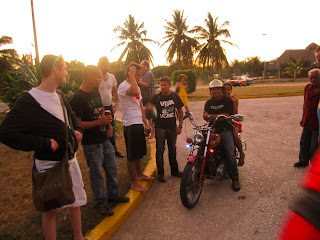