"Time keeps on ticking... into the future"
So I better start ticking off some bucket list good times before it's too late.
Thus my decision to do the LAB2V race despite the fact I haven't really ridden dirt bike for a number of years, I'm kinda out of shape, and my knee has been causing me nothing but grief for months!
8 of us (7 riders) left Vancouver early Tuesday morning for the 2 day drive to Vegas. A stop in Twin Falls (Snake River) to pay respects to Evel and some beer drinking at Evel Pie were a couple of bonus bucket bits I managed to squeeze in on the whirlwind week.
Day 3: Load up the way too small moving van to transport 7 likes to LA. Quickly come up with a Plan B (which definitely worked out in our favour), and we were Palmdale bound. 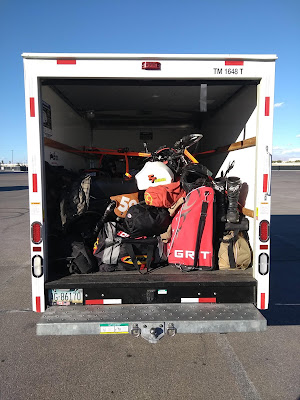 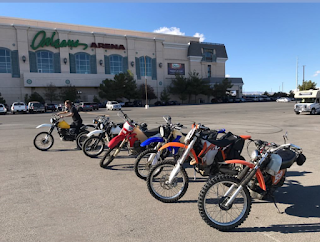 It's amazing how many riders do the race yet how well organized it is.
Checking in for the start of the race 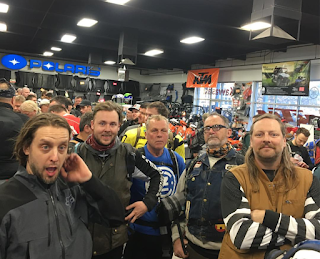 Waiting! Problem with older bikes is that there is usually one that won't start! 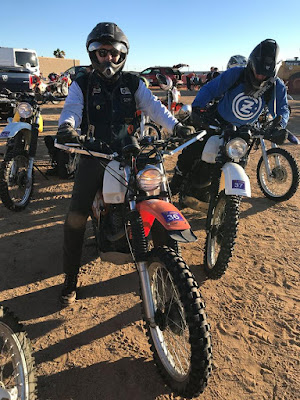 Californians are spoiled with the amount of space there is to ride!
First mountain view was spectacular, but the descent was a challenge! 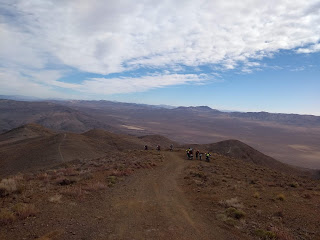 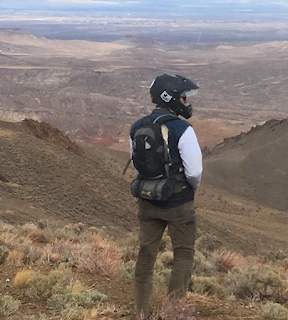 Had a bit of a crash in Day 1 so Day 2 we decided to take it one section at a time.
We pretty much decided to do the "easy" route as we were uncertain of our dirt riding skills.
That all went out the window when we took a wrong turn and ended up on the hard route and did 15 miles of deep sand. After a mechanical issue we made it to Baker (worlds largest thermometer!) and were pumped! Adrenaline was flowing and we were determined to finish the race. Pain was secondary to those cold beers at the Vegas finish line! 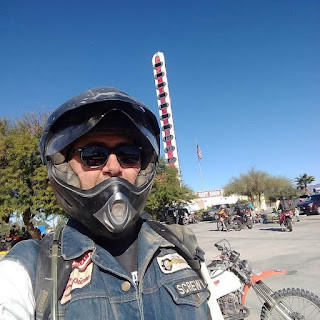 Have to admit, a small tear welled up when we hit the pavement and could see the Vegas strip in the distance. Probably the hardest riding I've ever done and I was pretty stoked on how well the old TT500 held up to the abuse it was given! 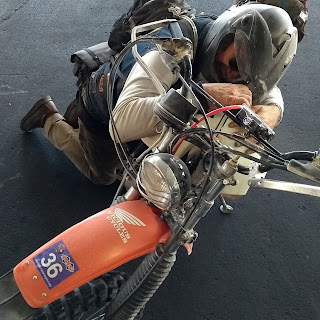 It was not long after this that the pain hit me like a truck.
6 cold beers should kill the pain. It didn't. 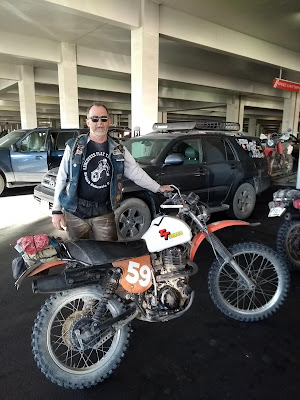 Two day drive home, cross the border, head to emergency for some of that free Canadian Healthcare!
(cracked rib and bruised lung) 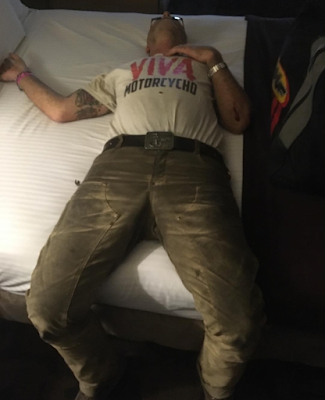 Such a rad group of guys!
Curtis, Brent, Tory, Ben, Brett and my riding buddy Kim!
(and big thanx to Bobby for being our sweep driver and saving many of us!)
Good Times! 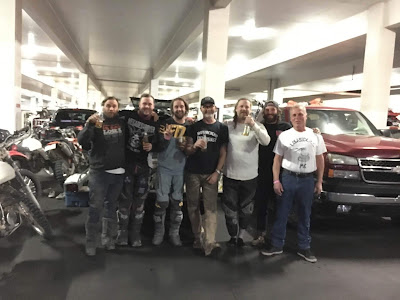