So I got this guy on the phone.
He´s nobody from the pictures. He is younger. But he´s the one who had the
pictures.
And here is his little story that I think should go with´em.
He´s from Germany too.
Back in the 80´s he was a young rockabilly kid.
And of course America was his land of dreams and he always thought about
making a living there.
So he just went there with hardly any money bought a cheap motorcycle
(Goldwing from 76) and cruised the country.
In Las Vegas he stopped at a restaurant and asked if there was a camping
ground around.
The people couldn´t help him much. But a friendly lady about 60 years old
told him he might as well put up his tent in her garden. She wouldn´t mind.
Now I don´t know too much about the states but in Germany that is not the
typical reaction from an older lady to young stranger on a motorcycle.
It is funny to think she was scared or something.
Funny because that lady was the one on these pictures. And it turned out
that she had spend half her life with people riding bikes and riding
motorcycles herself.
So she and that young cat from Germany became friends for many years.
Actually they still are. Even though he is in back in Germany and she is
about 85? years now.
Anyway it turned out that she had a lot of cool stories to tell and cool
pictures to show about her life. I don´t remember it all but these pictures
are only one chapter in a long interesting lifestory.
Even in the forties she hung out with motorcycle people.
These pictures are from the late 50´s early 60´s.
She hung out with a bunch of younger folks, members of the motorcycle club
"Night Riders" from San Francisco. 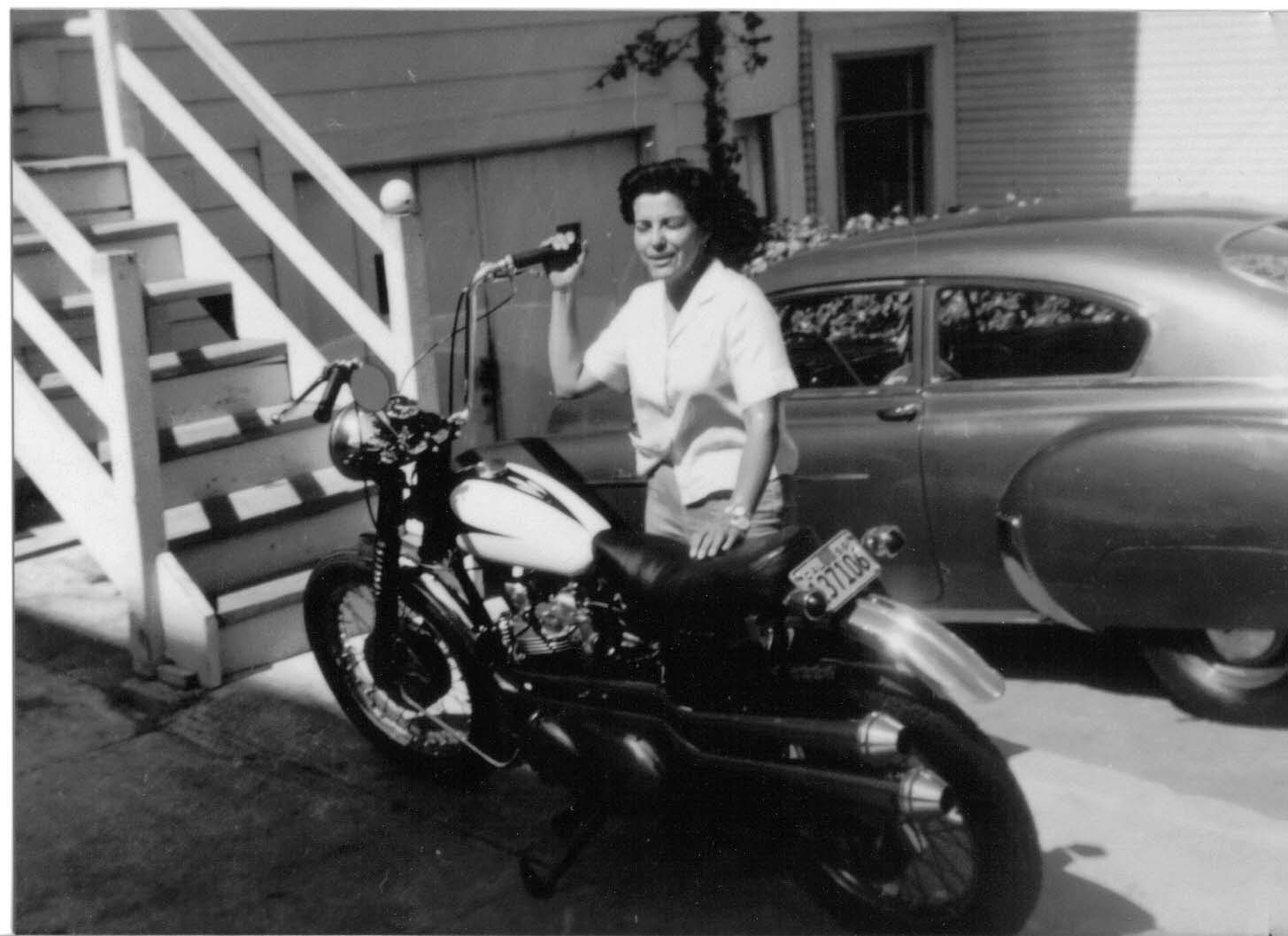 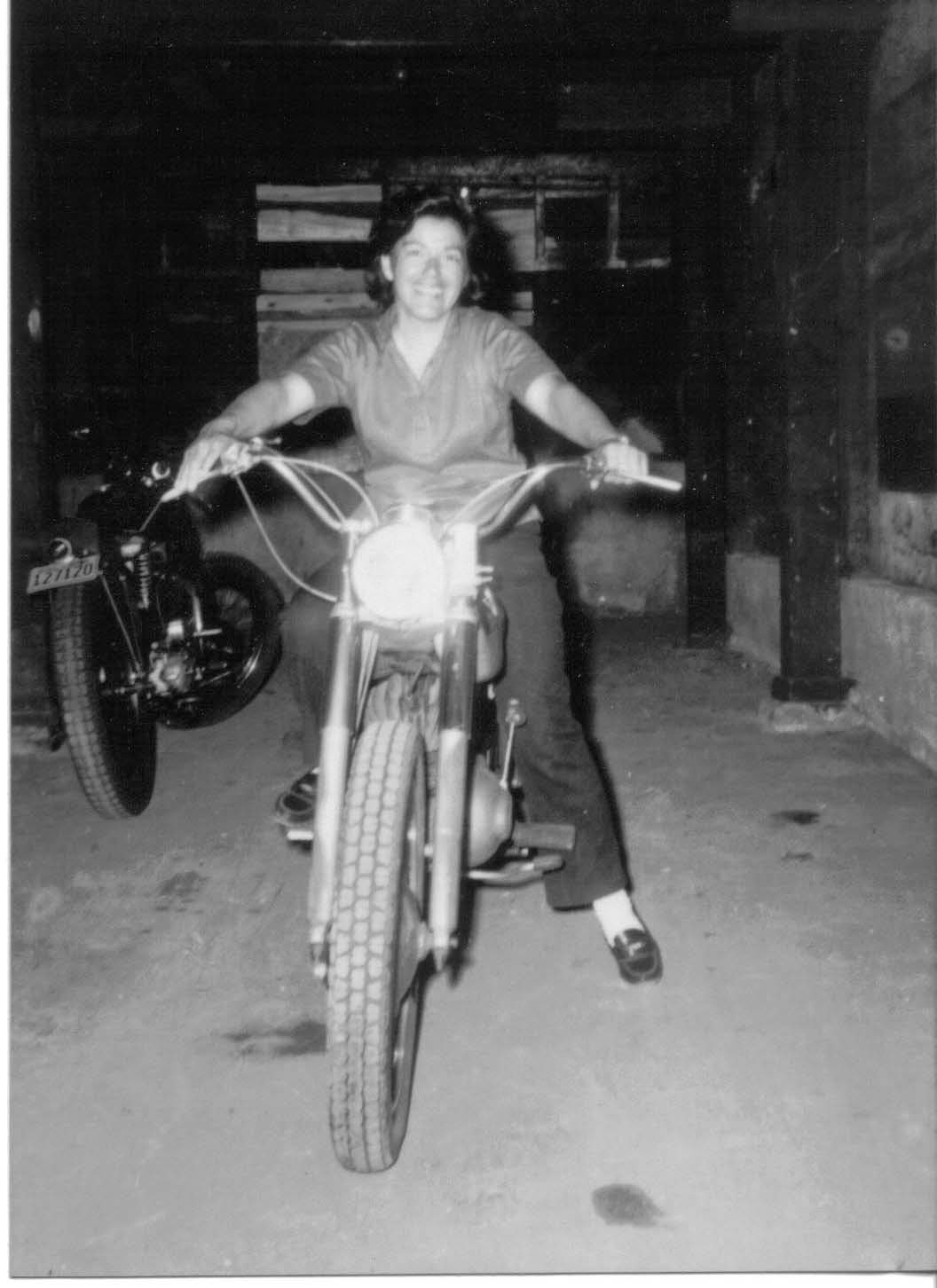 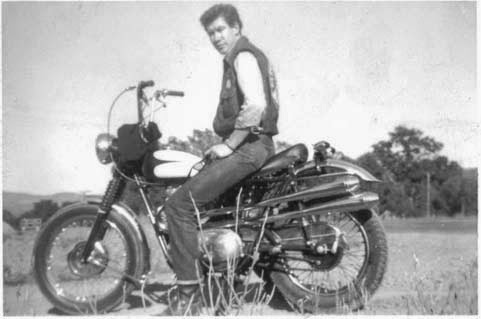 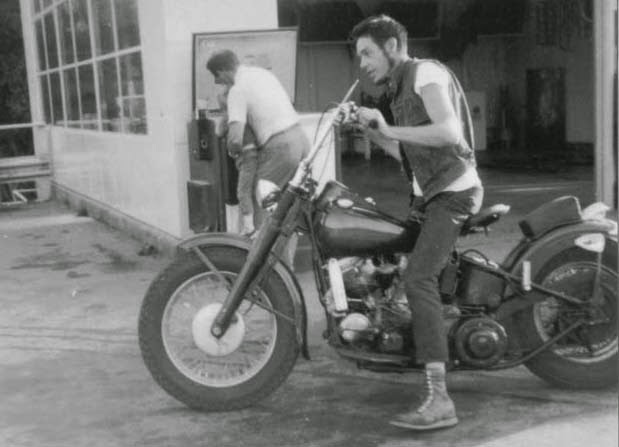 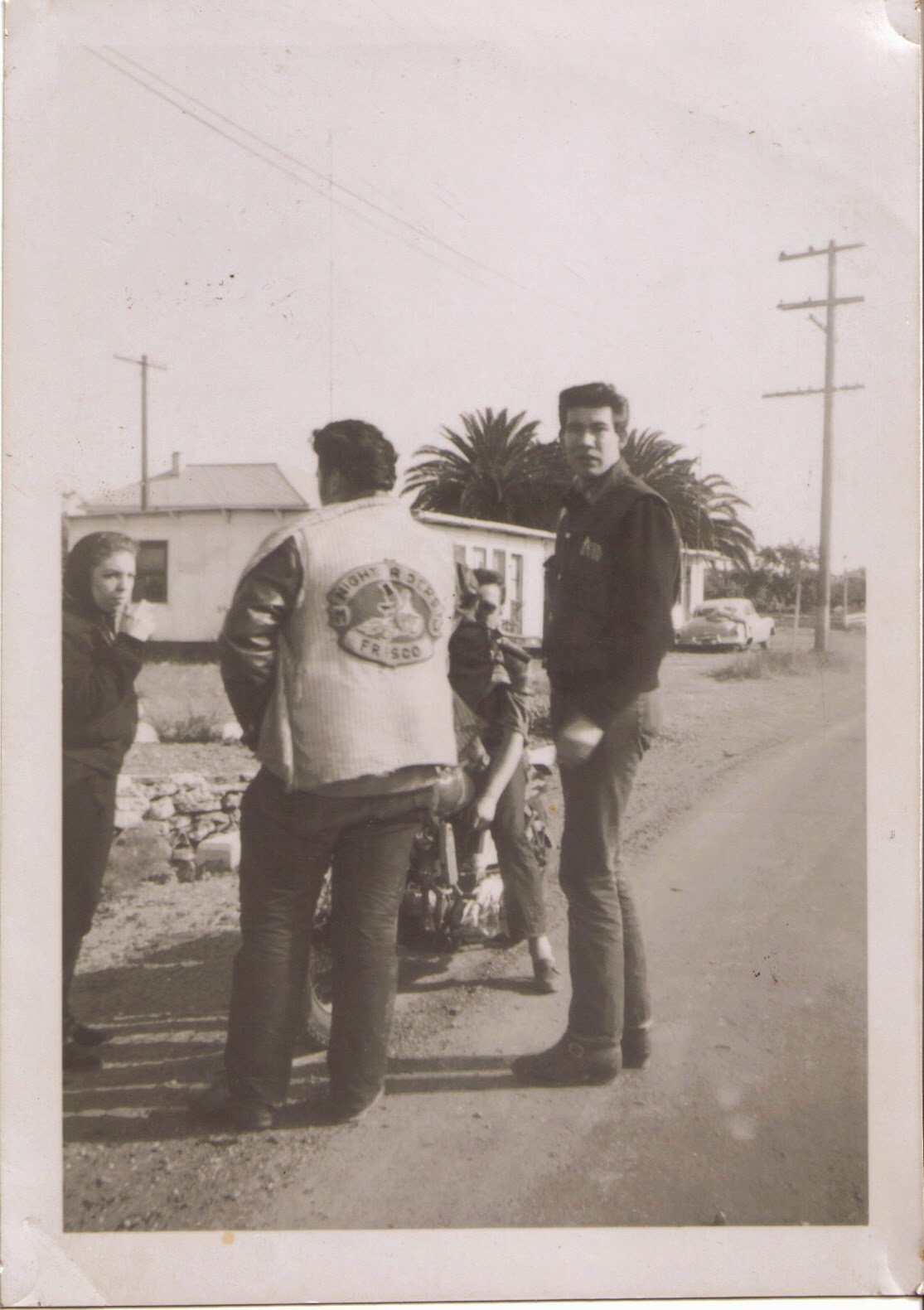 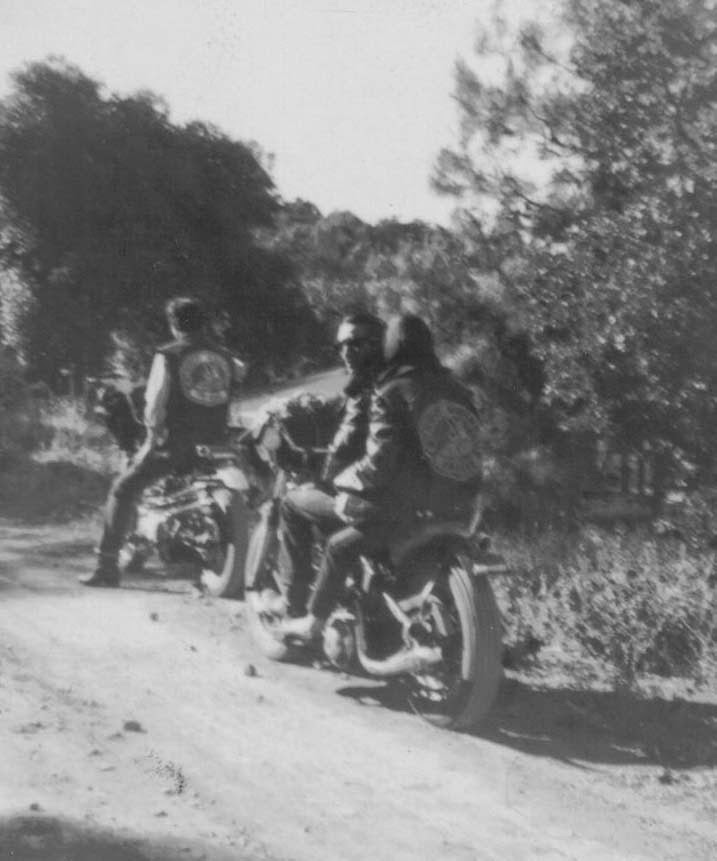 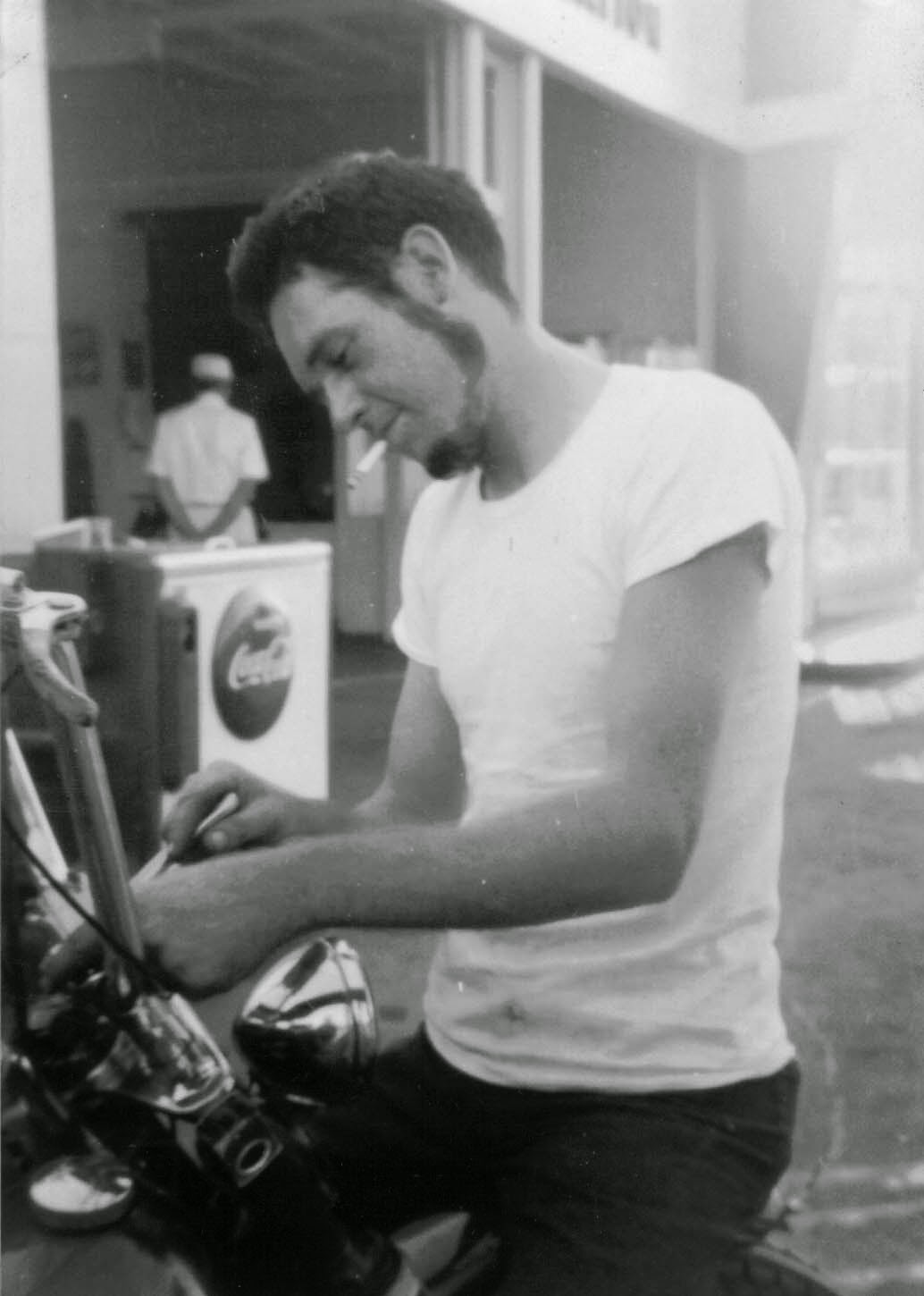 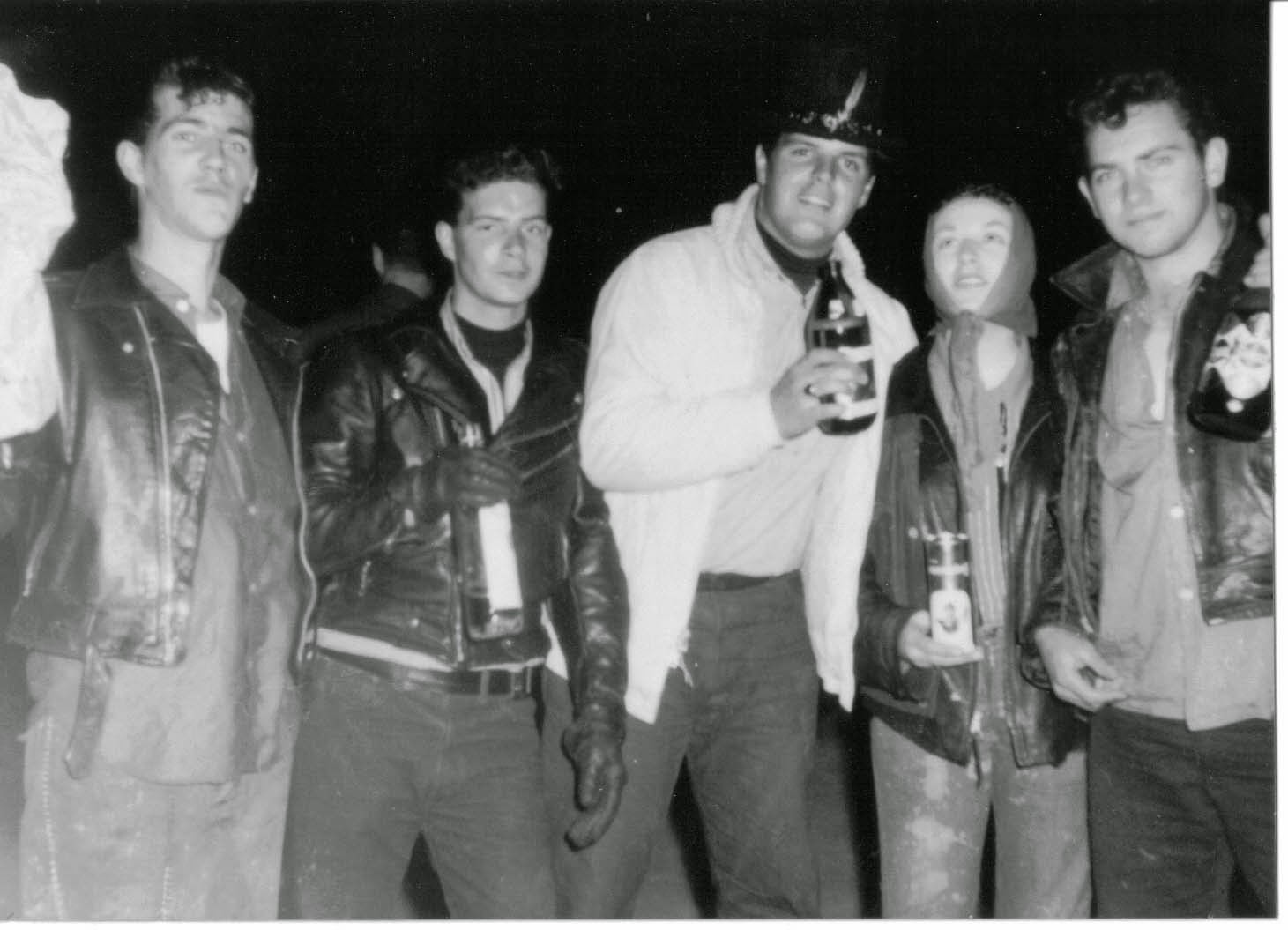 Cool post ! I like how they put their pipes on - kinda pointed up. neat photos. This is what blogs are for. Educational and Inspirational. -Noot