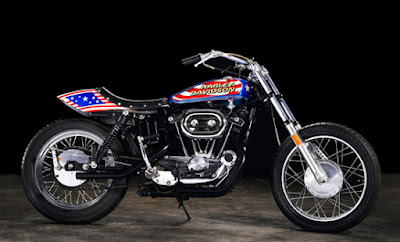 The 1976 Harley-Davidson XL 1000 was customized by none other than Bud Ekins specifically for the Hollywood movie in which Knievel played himself fighting Mexican drug dealers. Owned by Warner Brothers, the motorcycle was purchased from the studio after filming by Los Angeles-area Harley dealer Dick Hutchins and has been displayed ever since. 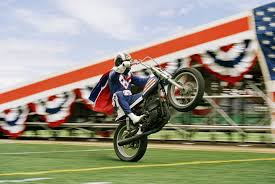 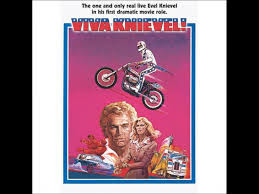 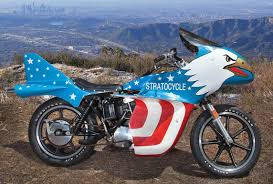 This bike also recently appeared on eBay for sale!

Some of the sickle stunts were a Triumph with a Sportster air cleaner cover mounted on the right side. I think it was when he rode up the spectators seats!