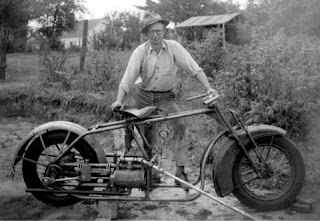 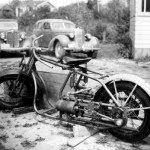 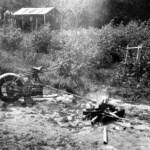 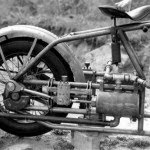 Ray Clift was born in August, 1912, in Bellingham, WA, and his working years were spent in photography, machine shop, mechanical engineering and drafting. Ray and I were married in 1973, so I was not an eye witness to his early endeavors. All I have are some photos, his notations, and memories of things he mentioned.
“Ray must have sold or given the motorcycle to someone, probably before he moved to Seattle, WA, about 1949. I remember that an old friend of his told him that he had seen what he thought was the motorcycle, lying abandoned and rusting in a field.”
- Annette Clift
Posted by Motorcycho

Email ThisBlogThis!Share to TwitterShare to FacebookShare to Pinterest
Labels: Kooky